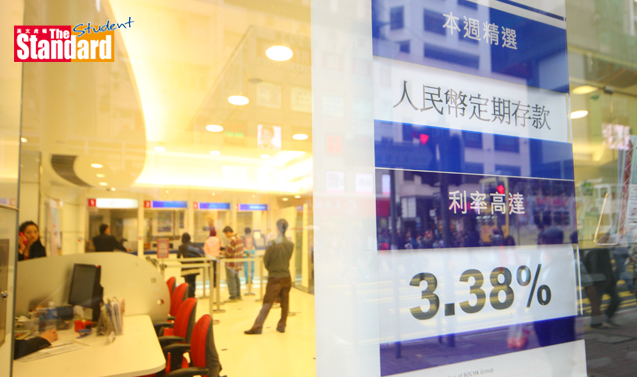 CHINA’s central bank unexpectedly cut benchmark interest rates on Friday for the first time in more than two years, as authorities seek to prop up flagging growth in the world’s second-largest economy.

The cut comes after a string of disappointing data showing that the Chinese economy – a key driver of global expansion – is struggling with stalling factory growth, soft exports and a weakening property market.

China’s economy expanded 7.3 percent in the July-September quarter, down from 7.5 percent in the previous three months and the slowest since 2009, at the height of the global financial crisis.

The announcement was made too late for Asian (亞洲) markets, but gave a sharp boost to trading in Europe, where investors were already encouraged by the European Central Bank signalling its readiness to extend support to the economy to deter deflation.

China’s interest rate cuts are the first since the summer of 2012, when the PBOC slashed rates in the month of June and then again in July.

“This is a clear ‘step up’in the intensity of monetary policy easing and is likely a response to the strong headwinds from the property market correction and the limited potency of previous measures amid the highly leveraged economy,” Nomura (野村證券) economists wrote in a reaction to the cuts.

Since April, China had used a series of limited measures to underpin growth, including targeted cuts in reserve requirements – the amount of funds banks must put aside – and a 500 billion yuan (HK$630 billion) injection into the country’s five biggest banks for re-lending.

Analysts, however, said recent weakening economic indicators, including for manufacturing and industrial output, had pressured authorities to take bigger steps.