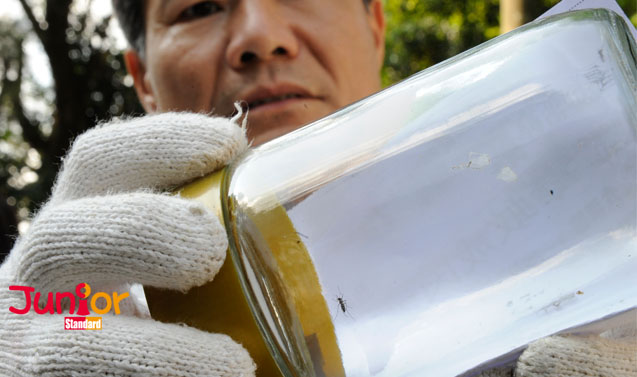 A FOUR-in-one vaccine against dengue fever could be available for the first time as early as next year. The disease has put 1.8 billion people at risk in Asia alone.

Sanofi Pasteur, a unit of French fi rm Sanofi , said its vaccine is made from a live dengue virus. It is delivered under the skin. The vaccine is able to protect children against the four closely related viruses transmitted by the Aedes mosquito.

The company is awaiting results of a similar trial on 20,000 children in several Latin American (拉丁美洲) countries.

It said initial safety data are consistent with the “good safety profile” observed in earlier trials.

The government said last month that Hong Kong is at risk of an outbreak of dengue fever. It is because of climate change and an increase of the disease transmitted by mosquitoes in neighbouring countries.

A full analysis of the trial data will be undertaken in the coming weeks and reviewed by external experts.