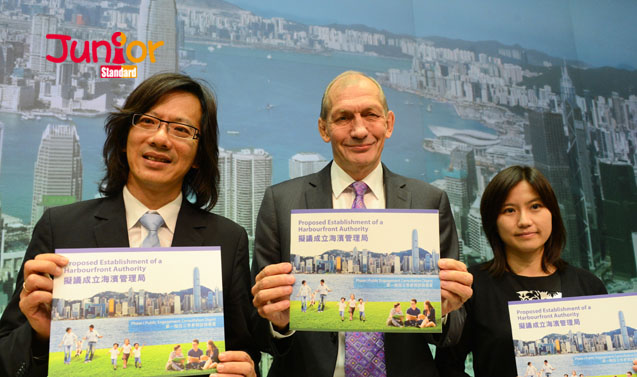 A SECOND round of public consultation has been launched for the establishment of the Harbourfront Authority (HFA, 海濱管理局).

“Despite the way we try to deliver on our harbourfront at the moment, we need a major reform,” said Harbourfront Commission (HC, 海濱事務委員會) chairman Nicholas Brooke (蒲祿祺). “We could and we should and we all want to do it better. We’ve now drawn out a detailed proposal setting out the framework for the future authority.” The consultation will last three months until 24 December.

Brooke said the commission realised it would not be feasible for the proposed authority to take up and manage the entire 73-kilometre Victoria harbourfront (維多利亞港) at the outset. He said the commission and the Development Bureau (發展局) agreed to propose that the authority should start modestly and conservatively.

“Upon the establishment of the authority, priority should be given to sites that are ready for development,” Brooke said.

Chairman of the commission’s core group Vincent Ng Wing-shun said the authority should have major functions, including governance and management, advisory, advocacy and executive.