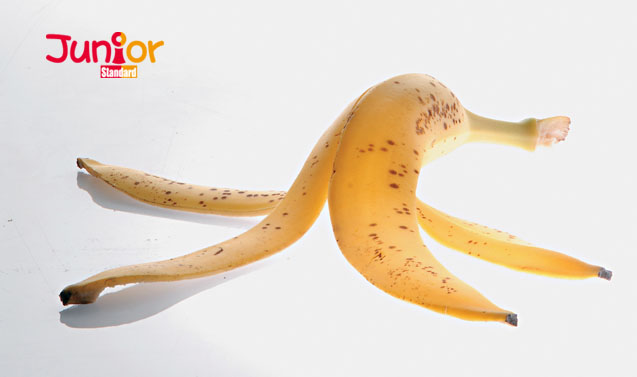 Researchers who measured how slippery banana peels are and the ability of pork strips to stop nosebleeds were among the winners of this year’s Ig Nobel prizes for comical scientific achievements.

The annual prizes, meant to entertain and encourage global research and innovation, are awarded by the US (美國) journal, Annals of Improbable Research (《不可思議研究年鑒》), as a whimsical counterpart to the Nobel Prizes which will be announced from 6 to 13 October.

Among the 10 awards, four went to researchers that took a peculiar interest in food. A team of Japanese (日本的) scientists earned the Ig Nobel Physics Prize, for detailing the hazards of stepping on a banana peel in their paper titled ‘Frictional Coefficient under Banana Skin’.

Other teams earned prizes for studying what happens in the brains of people who see the face of Jesus in their toast, how infant poo can be used in the production of fermented sausages, and how pork strips can be stuffed into peoples’ nostrils to stop severe nosebleeds. Prizes also went to researchers who measured the relative pain people suffer while looking at an ugly painting.