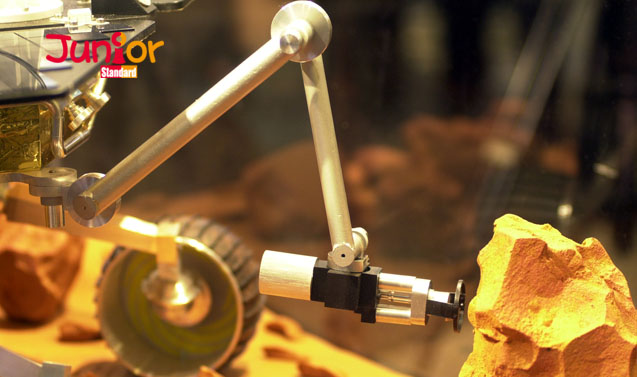 SPACE exploration is no longer exclusive to the United States (美國), Russia (俄羅斯) or Europe (歐洲). Now, an Asian (亞洲) country has joined the Mars club.

India’s (印度) low-cost mission to Mars (火星) entered the red planet’s orbit last Wednesday, crowning what Prime Minister Narendra Modi (莫迪) said was a ‘near impossible’ push to become the only country to complete the trip on its maiden attempt.

“It’s like hitting a golf ball from Bangalore to London and getting it into the hole in one go,” deputy operations director, BN Ramkrishna said. “It’s got to be that precise.” The Mars Orbiter Mission (MOM, 火星軌道探測器任務) was achieved on a budget of US$74 million (HK$574.28m), almost 10 times less than the amount the US (美國) space agency Nasa spent on sending the Maven spacecraft to Mars.

The mission makes India the first country in Asia to reach Mars, after an attempt by regional rival China failed to leave Earth’s orbit in 2011.

The spacecraft Mangalyaan (曼加里安) – meaning ‘Mars craft ’in Hindi (印地語) – will now study the red planet’s surface and scan its atmosphere for chemical methane (甲脘). It will not land on Mars.

Five missions are now orbiting Mars: Mangalyaan from India, Maven, Mars Odyssey and Mars Reconnaissance Orbiter from the US, and Mars Express from Europe.