KMB to revamp stops on its routes 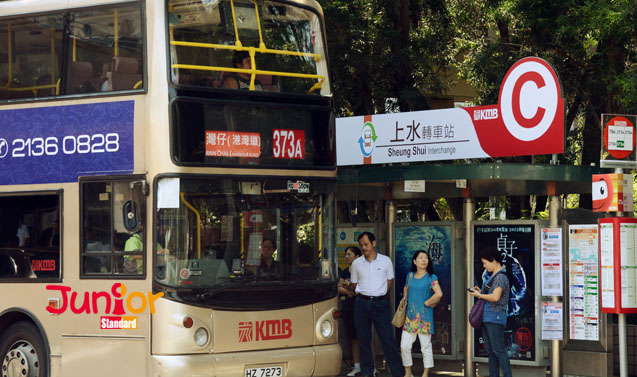 The decision follows the successful changes to routes in North District (北區) which saw daily passenger use of the Tuen Mun (屯門) interchange rise from 20,000 to 25,000.

Because of the Lion Rock bottleneck, most Sha Tin commuters have turned to the overcrowded MTR.

In an attempt to improve the bus journey, the company will revamp certain interchange points and bus stops, where passengers can be comfortably seated under covered bus stops displaying bus arrival times, cooled by fans and allowed free Wi-Fi access.

More than 400 additional drivers have been employed.