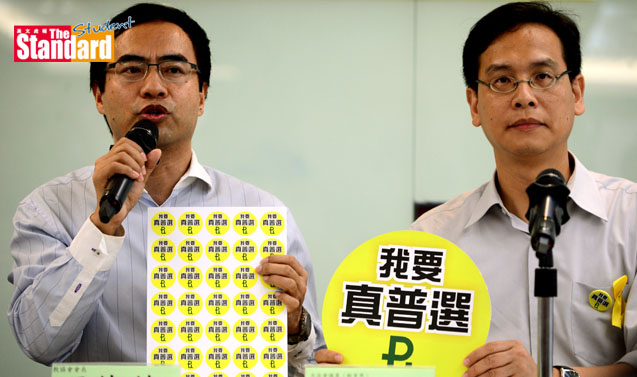 THE Anglican and Catholic churches are in opposite camps regarding their handling of class boycotts by students at 117 secondary schools.

In contrast, the Diocesan Bureaux-Catholic Education Office, in a press release to its 85 secondary schools with 70,977 students, said teachers and students who join boycotts should not be punished.

Koon said different schools may make their own decisions if parents apply for casual leave so youngsters can join the boycott.

The Catholic diocesan episcopal delegate for education, Sister Cecilia Wong Yeuk-han (黃若嫻), said, “If there are particular teachers or students who join the class boycott, the diocese does not recommend that the school inflict punishment on them.”

Wong said students must have their parents’ permission if they join the boycott, which also should be limited, and students should not leave their school without authorisation. Schools should provide care and counselling.

A second elite school on Thursday waded into the controversy over the Alliance of Peace and Democracy (保普選反佔中大聯盟) hotline to report those who take part in boycotts.

Diocesan Girls’ School (拔萃女書院) headmistress Stella Lau Kun Lai-kuen (劉靳麗娟) said the alliance does not need to report to her. “I respect my students,” she said. “A good education can make a student care about current affairs and think in a different perspective.”

The Professional Teachers’ Union (教育專業人員協會) said that it would produce yellow ribbons, badges and stickers to be distributed at boycotts by university students.

The Student Union of The Chinese University of Hong Kong (中文大學學生會) president Tommy Cheung Sau-yin (張秀賢) said the university has approved a rally on Monday, 22 September.