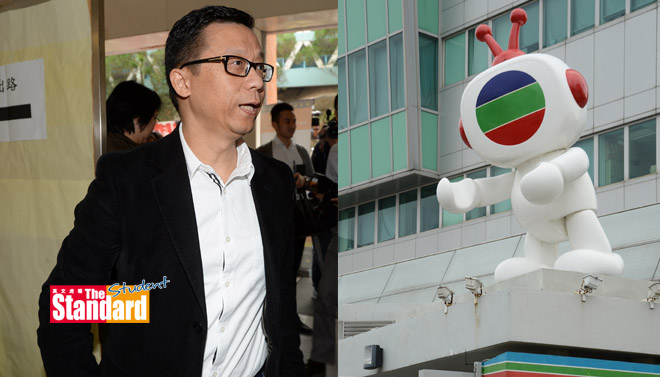 The appeal came a day after Television Broadcasts announced that it will stop leasing six transmitting stations to a China Mobile (中國移動) unit bought by Ricky Wong Wai-kay’s (王維基) HKTV.

Gregory So Kam-leung (蘇錦樑) said that if the issue cannot be resolved within a “reasonable period”, either side can seek help from the Communications Authority (通訊事務管理局), which can decide on the terms and conditions.

HKTV said it will seek to negotiate new leases with TVB for the sharing of the sites and facilities at the stations. HKTV is also prepared to ask the authority for help.

The latest row between the two firms arose on Tuesday after TVB announced it will stop leasing the transmitting stations to the mobile-TV unit purchased by Wong and that the contract will be terminated on 6 July.

A TVB spokeswoman said China Mobile Hong Kong has been invited to start discussions with TVB over a new lease agreement for the hilltop sites for its mobile TV service.

TVB stressed that it has acted according to contract to give a six-month notification period.

The announcement was made on TVB News Tuesday night.

TVB said it signed a contract with the China Mobile unit in 2012 and leased out the six transmitting stations for it to provide mobile television services.

According to TVB, the termination was due to the announcement by China Mobile's parent company of an internal probe into the transfer of share rights to HKTV and that TVB has to clarify legal matters.

The authority may direct a licensee to cooperate with another licensee in the public interest.

UTV, the mobile television unit of China Mobile, was launched in December 2012 using the transmitting stations provided by TVB.

The licence to broadcast a mobile TV network obtained by Wong is effective until August 30, 2025.