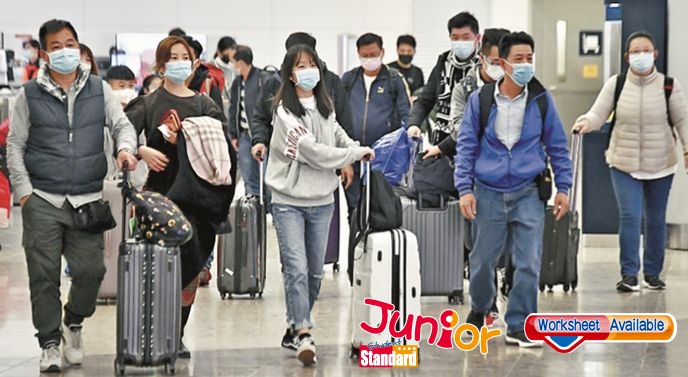 ONLY 3,000 tourists visited Hong Kong daily in the first two weeks of this month – worse than during the Sars crisis when the city had 10,000 daily visitors in February 2003, according to the Hong Kong Tourism Board (香港旅遊發展局).

From about 65,000 people a day in late January, the number has plunged by a whopping 98 percent year-on-year, the board said. Some 56 million people visited Hong Kong last year, down 14 percent from a record high of 65 million in 2018.

The board, amid the virus outbreak, expects tourist numbers to drop at least 10 percent this year from last year, but said it is too early to tell.

The number of tourists in the first half of last year increased 14 percent, but it plunged 39 percent in the second half amid the social unrest.

The hotel room occupancy rate this month has dropped to 20 percent while the occupancy rate in some high-end hotels fell to single digits, the board said.

Executive director Dane Cheng Ting-yat (程鼎一) said it is more challenging for the tourism sector to rebound today compared to before when Sars hammered the city.

He added: “This time it’s not just Hong Kong, but all or most parts of Asia.”

He expects competition in destinations will be “very serious” when the epidemic eases.

(This article is published on Junior Standard on 27 February 2020)