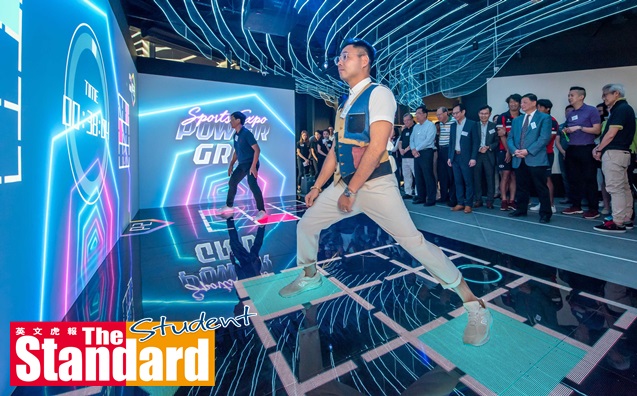 AN interactive sports archive opened in a Mong Kok mall on 3 October after Fa Yuen Street Market, also known as Sneakers Street for its high number of shoerelated stores, had been redeveloped.
On his blog, the Urban Renewal Authority’s (URA) managing director Wai Chi-sing (韋志成) wrote that the archive, named Sports Expo, is the first of its kind in Hong Kong and combines information and entertainment.
“As Sports Expo is about to be put into operation, the URA will invite different community organisations, schools and youth groups to visit the facilities, and continue to listen to the opinions of users and to optimize the design and content of the archive,” Wai wrote.
He said the authority hoped that this innovative and interactive space on Sneakers Street promotes local sports while facilitating the renewal of the old district.
Sports Expo took two years of preparation, design, installation and testing to bring to fruition, he added.
Through two large interactive touch screens in the venue, visitors can watch videos of more than 40 sports and view over 200 pictures that chronicle the history and development of different sports and stadiums in Hong Kong.
It will also show pictures of the Hong Kong sports teams’ victories at large-scale international competitions such as the Olympic Games, Asian Games and East Asian Games.
Located at The Forest on Nelson Street, the 195-square-metre venue has three separate zones in which visitors can experience eight different sports, such as windsurfing, basketball and beach volleyball.
In the VR Game area, people can strap on a virtual reality headset to experience a windsurfing or horse riding scene, according to the booking website.
In the Motion Game area, players will be guided by famous coaches through somatosensory technology as they play rugby, beach volleyball and table tennis, helping them to attain a high score and secure their spot atop the leaderboard. They can also take photos with the coaches.
At the LED Arena, visitors can play basketball at different levels of difficulty and do various footwork drills common in football, such as the speed ladder and power grid, through motion-tracking technology and interactive gestures.
One beach volleyball athlete who represented Hong Kong in international games, To Wing-tung, tested the beach volleyball game. She said that the simulated environment and gameplay felt very real, and added that she “has to do all the appropriate actions before hitting the ball.” As such, she thought that the game will help ordinary citizens understand beach volleyball – which they usually do not have the opportunity to play – much better

Ideas on using ...
FROM the area surrounding Shau...