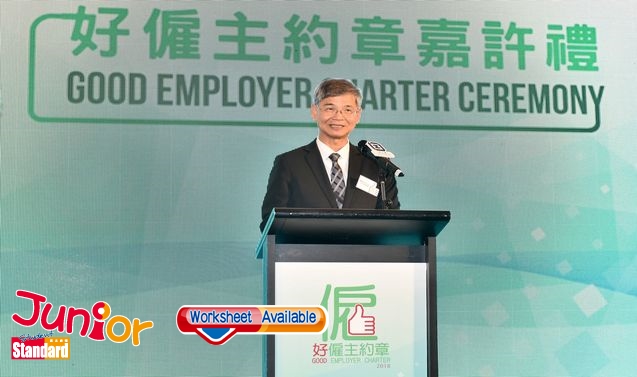 MORE people aged between 60 and 64 are working even though they have passed the retirement age, Secretary for Labour and Welfare Law Chi-kwong (勞工及福利局局長羅致光) wrote in his blog.
Law said the working rate of citizens aged between 60 and 64 has been on the rise since 2004. About 60 percent of males in the age group are still working. For those aged 65 or above, the rate has also been increasing since 2010.
The retirement age at many private companies is 60. The government extended the civil servants’ retirement age in 2015 to 65 for general civil servants and 60 for members of disciplined services such as the police.
Apart from a general improvement in health, Law said the implementation of a minimum wage is also one of the reasons causing this phenomenon. He said that as the policy has significantly increased the salaries of grassroots workers, many have opted to postpone their retirements.
“We should encourage Hong Kong employers to consider extending the retirement age and hiring elderly workers,” Law wrote.
The Labour Department will strengthen its support for elderly job seekers, including organising job fairs, setting up a special counter at job centres, holding career talks and establishing a web page for the elderly to search for job vacancies.

(This article is published on Junior Standard on 24 September 2018)