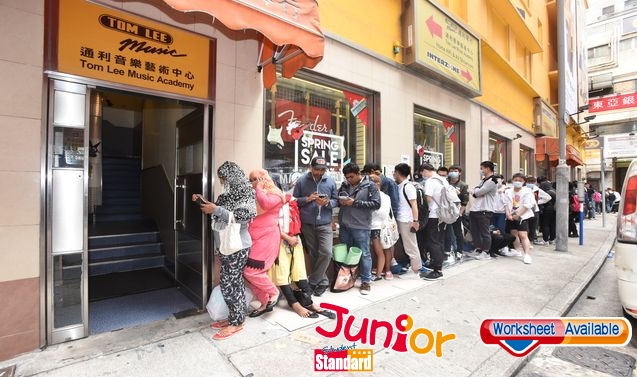 PRINTING names on tickets to prevent ticket reselling will not work, according to concert organisers, who instead want tougher laws put in place.
Citizens were enraged as many of the tickets for recent events by comedian Dayo Wong Tze-wah (黃子華) and Japanese musician Hisaishi Joe (久石讓) were monopolised by ticket touts, who resold the tickets online for up to 10 times their original price.
Chief Executive Carrie Lam Cheng Yuet-ngor (林鄭月娥) said the highly outdated laws governing ticket touts would be reviewed to include all government venues and make ticket reselling a criminal offence.
Lawmaker Ma Fung-kwok (馬逢國) suggested increasing the number of tickets to be sold to the public as the current system allows up to 80 percent of the tickets to be reserved for internal subscription.
The real-name system was trialled at Hisaishi’s concert, where buyers’ names were printed on the tickets, but touts were still active, selling tickets for up to HK$20,000.
The Performing Industry Association believes it is necessary to make ticket reselling a criminal offence but said it is not feasible to print names on tickets as it will take too long to check the identity of concert-goers at big venues like the 10,000-seat Hong Kong Coliseum.
Singer Peter Cheung Shung-tak (張崇德) is against increasing the number of tickets available for the public, saying the internal subscription quota facilitates ticket sales, especially for smaller concerts.

(This article is published on Junior Standard on 23 April 2018)

Measures to combat scalping of admission tickets to places of public entertainment
https://goo.gl/otg5ki