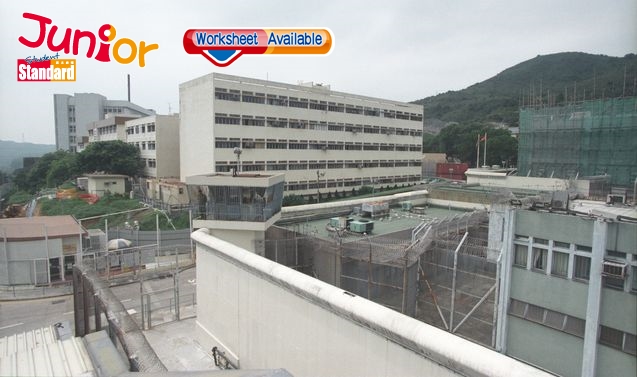 HONG Kong’s prisons should be moved to the mainland so that the land is freed up for housing, argues Charles Ho Tsu-kwok (何柱國), a member of the Standing Committee of the Chinese People’s Political Consultative Conference.
He believes the Task Force on Land Supply (土地供應專責小組) should not focus its attention on the Fan Ling golf course but instead widen its gaze to take land occupied by prisons to build homes and other facilities.
“There are so many foreign corporations in Hong Kong and they need spaces for sports, amusement and exchanges,” he said. “If there should be a choice, move prisons to the mainland.”
Additionally, some farmland, green belt and wetlands should be developed for housing and Financial Secretary Paul Chan Mo-po (陳茂波) should be doing more to tackle the housing issue.
Ho also called for a significant increase in stamp duty for non-residents buying flats in Hong Kong. “People should only enjoy a tax favour if they are permanent residents living in Hong Kong for 18 years or more,” he said.
“For the others, the stamp duty should be 100 or 200 percent [of a fl at price] ... I would even hike the stamp duty to 500 percent, and it would be done for the sake of Hong Kong youngsters.”
He also called for imposing taxes on idle flats to force developers to sell instead of hoarding them with an eye for profit later.

(This article is published on Junior Standard on 26 March 2018)

Two options for public in battle over golf course
https://goo.gl/YCv5nm