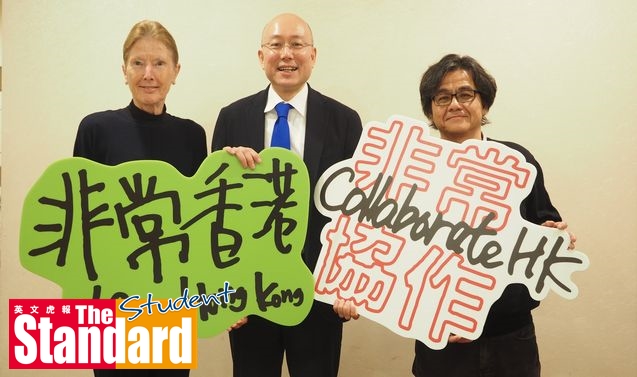 FROM the area surrounding Shau Kei Wan’s (筲箕灣) Tin Hau Temple (天后廟) to the Harbour Tunnel Portal (海底隧道出入口) area, citizens should voice their ideas about how to rejuvenate eight vacant sites, a non-government organisation has proposed.
On the platform of Very Hong Kong (非常香港), citizens can realise their ideal plan for any of the selected locations containing vacant public space.
Quarry Bay’s (?魚涌) Hoi Yu Street Waterfront (海裕街海濱花園), Sheung Wan’s (上環) Shing Wong Street (城皇街), the junction of Bonham Strand (文咸街) and Morrison Street (摩利臣街), and two former schools are also on the list.
There will be a workshop on 23 and 24 March where both professionals and members of the public can give their opinions on how the spaces should be used. Some of the most feasible opinions will be put in a report and be submitted to the Harbourfront Commission (海濱事務委員會) this summer.
The group hopes one to two sites can be tested under the government’s support through the new framework at the end of the year. The applicants will then work together to realize their idea with advice from professionals.
The group is also optimistic that this community-led, bottom-up framework will become a permanent scheme in revitalizing public spaces.
Christopher Law Kin-chung (羅健中), the group’s chief curator and co-founder, said they came up with the scheme as there were many innovative thoughts among citizens.
He recalled the Wan Chai (灣仔) Lun Fat Street (聯發街) project years ago, where citizens in the neighbourhood contributed many constructive opinions that were completely different to the viewpoint of professionals.
Instead of having many trees and plants in the park, people living nearby wanted the space to be a ‘shared living room’ for the community, as most of them lived in a crowded environment. They also said that most of the park’s visitors were elderly people and toddlers. As a result, they wanted to have more playgrounds and tables for chess.
“People in the neighbourhood truly know what they need,” Law said. “Adopting a community-led, bottom-up approach to revitalise the idle spaces would be most helpful for the community.”
Law said the Lands Department (地政總署) announced it had more than 800 idle sites available for short-term use by nongovernmental organisations in November last year. “Other government departments and related organisations also hold a lot of idle properties, units and land. But it is extremely difficult for the community to apply to use them,” he said.
Very Hong Kong describes itself as “the city’s first independent and community-led programme” that supports creative culture and ‘redefines forgotten spaces’ through the use of public and donated spaces for events.


(This article is published on Student Standard on 23 March 2018)