‘Tiger’ sighting in Ma On Shan 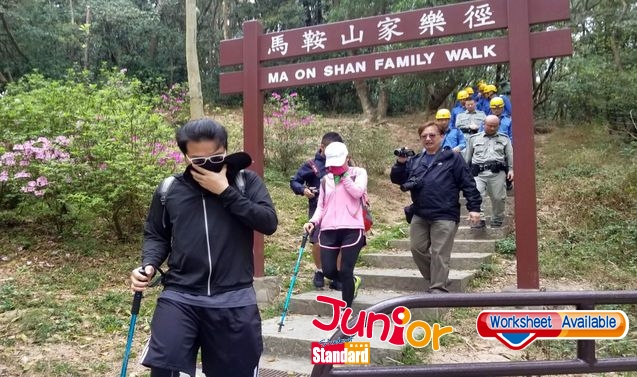 A MASSIVE hunt was launched in the Ma On Shan (馬鞍山) hills after the sighting of a ‘tiger’ was reported. But scores of police and firemen scoured the valleys from morning until noon without finding any sign of a big cat.
It is now believed that the couple who raised the alarm saw a leopard cat (豹貓) – a protected mammal known to roam the area.
The couple were hiking near Tiu Shau Ngam (吊手岩) when they saw what they said was a metre-long tiger-like animal in the bushes. Worried for their safety they backtracked in shock and called the police.
Police and fire officers then spent two hours in a search that was called off at noon.
An expert said it was unlikely that the couple had seen a tiger as there had not been such a sighting in southern China for more than 20 years.
The couple were later shown pictures of leopard cats and said those looked like the creature they saw. Leopard cats live in rural areas of Hong Kong, including on Lantau. They are protected under the law.
Unlike tigers that have dark stripes on their bodies, leopard cats are usually yellow or brown and covered in dark spots. They are just slightly larger than domestic cats. They are scared of humans and do not attack but move away at incredible speeds.
The best-known tiger attack in Hong Kong was in March 1915 when a 2.6-metre Bengal tiger killed two policemen near Fan Ling (粉嶺).


(This article is published on Junior Standard on 14 March 2018)