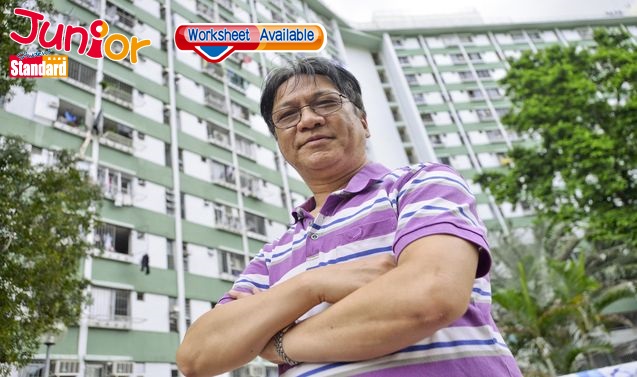 A NEW law on evicting rich public housing tenants is nothing but a ruse to divert public attention from the long waiting list for public housing, a concern group says.
The Federation of Public Housing Estates (公屋聯會) said the new rule will only affect around 300 households a year – a mere drop in the ocean compared to the 280,000 households on the waiting list with an average waiting time of 4.7 years.
Under the new policy that came into effect on 1 October, tenants will have to vacate their flats if their monthly income exceeds the limit by five times, or if their net assets exceed the limit by 100 times. This differs from the original policy that households only needed to move out if both their income and assets exceeded their respective limits by three times and 84 times.
A three-member household will need to move if their monthly income exceeds HK$112,000, as does a four-member household earning HK$135,000 per month. The asset limits for such households are HK$2.24 million and HK$2.67 million respectively.
The group blasted the Housing Authority (房屋委員會) for not announcing the estimated number of flats to be retaken. It said the number would just increase
from around 250 a year under the old policy, to about 300. “It’s just a matter of deception, as the government cannot construct buildings fast enough. Evicting 300
households is only a drop in the bucket with 280,000 applications on the waiting list,” a group spokesman said.

(This article is published on Junior Standard on 12 October 2017)