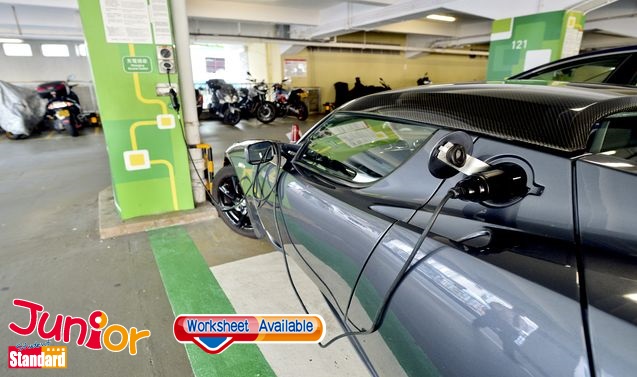 THE Ombudsman (申訴專員) has launched an investigation into the government’s plans for electric vehicle facilities, as the Environment Bureau (環境局) appears to be working in the opposite direction to the previously stated policy.
Connie Lau Yin-hing (劉燕卿) said that while a government projection six years ago estimated that 30 percent of private cars would be electric or hybrid, with ancillary facilities in 30 percent of car parks in new buildings by 2020, the bureau had done little to promote this.
Since the government started to promote electric private car use in April 2009, the number of such vehicles surged 152 times, from 69 in 2011 to 10,588 in 2017. But public recharging facilities only increased from 872 in 2011 to 1,518 in 2016, less than double.
Since the government openly promoted the use of electric vehicles, it is reasonable that the public expect it to plan and arrange for more ancillary facilities, Lau said. Also, the waiver of first registration tax for electric vehicles, in force since 1994 to encourage electric car usage, was cancelled in April this year. Lau said what the Environment Bureau does now is contrary to the government’s initial aim to make “Hong Kong one of the cities in Asia where electric vehicles are most widely used”.
Panel on Environmental Affairs chairwoman Tanya Chan Suk-chong (陳淑莊) said location and distribution of charging stations is as important as their total number, hence more chargers should be set up at private car parks, or even on the roadside.

(This article is published on Junior Standard on 10 October 2017)