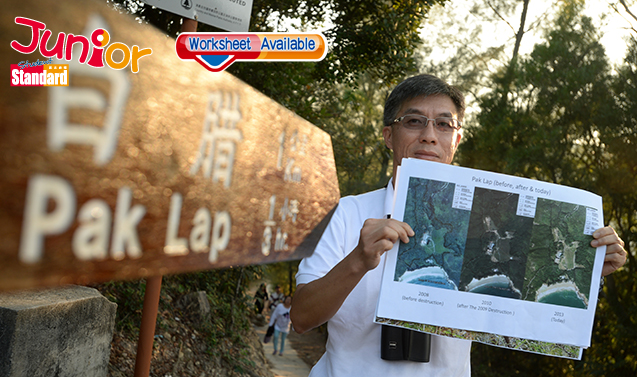 IN a major victory for the protection of Hong Kong’s natural spaces, the court has ordered the government to reconsider its decision of not designating six enclaves as country parks.

They are mainly lowland areas with beautiful landscapes and special birdlife while Hoi Ha has a great variety of marine life in the area. All are deep inside country parks and lack protection.

In a judicial review, the High Court ruled in favour of Debby Chan Ka-lam (陳嘉琳), a founding member of the Save Our Country Parks alliance (保衛郊野公園行動). It ruled the government’s decision that the six enclaves were unsuitable for incorporation into surrounding country parks was unlawful due to faulty assessments.

In the case of Hoi Ha, the assessment stressed the extensive settlement of an indigenous village and villagers’ activities were not compatible with a country park setting.

The other five assessments were similarly set out without proper assessments of the enclaves’ conservation and preservation values.

An environmentalist said the government was putting the country parks at risk under pressure of small house (丁屋) development.

(This article is published on Junior Standard on 8 May 2017)

Save our country parks
http://goo.gl/cQ1SpD