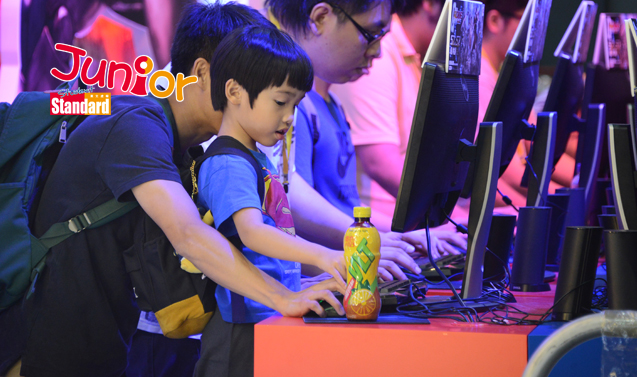 Electronic sports, or e-sports, are contests with video games. It not only trains the players in tactics but also gives massive rewards to gamers and adds revenue to the economy

THOUGH there have long been amateur video game contests, e-sports have only become largescale sporting events for ‘pro-gamers’ since the early 2010s. Last month, the Olympic Council of Asia even decided to add e-sports to the 2022 Asian Games (亞運會) and exhibit it in next year’s Games in Indonesia (印尼).

What are the sports events?

THE major genres of e-sports include fighting games, first-person shooters (FPS), and multiplayer online battle arenas. Currently, the most well-known competitive online games around the world are League of Legends (LoL), Dota 2, FIFA, and StarCraft II. Overwatch, an FPS launched last May, is also gaining popularity locally and worldwide.

THOUGH there are no details yet about which video games the Asian Games will feature, many international e-sports contests are held worldwide, particularly in North America (北美洲), Europe (歐洲), South Korea (南韓) and China. For example, there was the World Electronic Sports Games 2016 in Shanghai, and the Copenhagen Games and Danish Championship were held in Denmark (丹麥) in April. Besides, LoL has its own standalone championships, as do other popular e-sports games.

Where are the champions?

SOUTH Korea has world champions for many different e-sports. This is because its government has developed e-sports as a professional industry since the late 1990s. They also have e-sports stadiums to hold contests and even schools for young talents. Western countries and other growing powers, like China, Taiwan (台灣), the Philippines (菲律賓) and Brazil (巴西), to name but a few, also win some titles. One local Hong Kong team also won the LoL International Collegiate Championship 2016.

How much can it earn?

E-SPORTS players can earn lavish amounts of tournament winnings and get company sponsorships. Also, e-sports are generating more revenue like other sports competitions. Newzoo, the leading company for e-sports, estimated that the field will exceed HK$5.06 billion this year.

1. Do you play any online video games? How about e-sports competitions?
2. Do you think e-sports can be classified as a type of sports? Why or why not?
3. Why are e-sports becoming more and more prevalent, especially among teenagers?
4. What are the pros and cons of engaging in e-sports?
5. Why do you think countries want to promote e-sports?