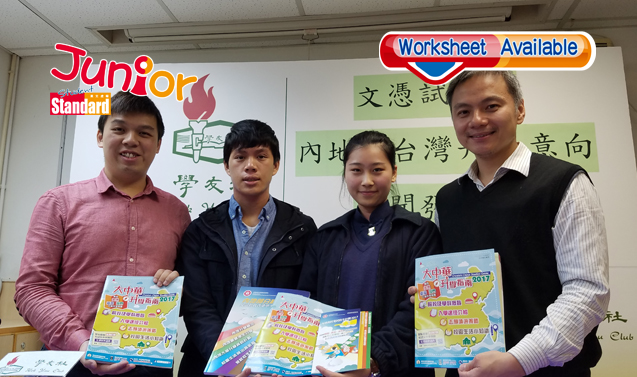 THE number of high school graduates thinking of studying in Taiwan is falling, while their knowledge of higher education in the mainland has risen, the Hok Yau Club (學友社) said.

A survey by the non-governmental organisation found 26 percent of Hong Kong Diploma of Secondary Education exam students will consider Taiwan for higher education, which is seven percent lower from 33 percent last year. Meanwhile, 17 percent will consider the mainland, unchanged from last year.

The club also found students’ understanding of mainland universities has increased in general, while knowledge of Taiwanese ones has fallen.

The club collected about 1,700 questionnaires from 26 schools last month, asking about the HKDSE candidates’ intentions and understanding of tertiary education in Taiwan and the mainland.

Director of the club’s student guidance centre (學友社學生輔導中心) Ng Po-shing (吳寶城) said the drop in HKDSE candidate numbers may be the main reason for fewer students considering Taiwan for higher education, as it is now relatively easier to be admitted to one of the institutions in Hong Kong.

“In the past, a lot of students chose Taiwan because the entry requirement is considerably lower,” Ng said. The poll also found the most effective ways of understanding Taiwan and mainland higher education were through talks (38 percent) and discussion with teachers (24 percent).