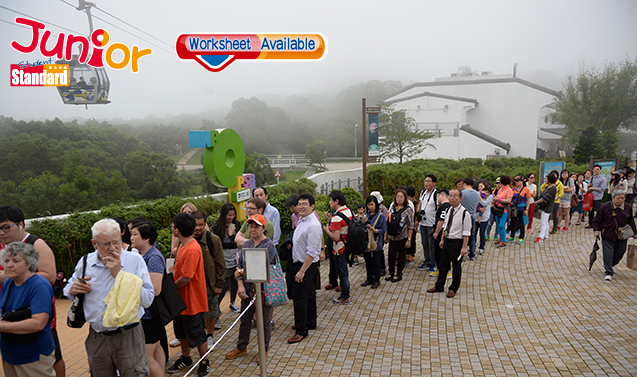 NGONG Ping 360 (昂坪 360) will give children aged 10 free rides when the cable car service resumes in June to mark its 10th year in operation.

But other passengers might have to pay more as the company would not rule out a fare hike. Managing director Stella Kwan Mun-yee (董事總經理關敏怡) said there are no increase in fares planned, but noted the maintenance project cost HK$80 million.

The possibility of a hike will be considered before the service restarts. A round trip in a regular cabin on the cable car now cost HK$185 and HK$95 for a child respectively.

The ride recorded a 5.5 percent increase in the number of passengers last year on 2015, reaching 1.71 million before the service was suspended on 9 January for .ve months for rope replacement and maintenance.

Kwan said last year was “challenging” as the number of visitors to Hong Kong declined but promotions has kept the cable car’s passenger numbers rising.

Besides unlimited free rides for 10-year-old kids until the end of 2017, people who bought a round-trip cable car ticket from December to January can redeem an annual pass for HK$100.

A new guided tour will be launched on re-opening. Besides Ngong Ping Village (昂坪市集), the Big Buddha (天壇大佛), and Po Lin Monastery (寶蓮禪寺), visitors can enjoy the sights of Tai O (大澳), Cheung Sha (長沙) and Pui O (貝澳) during a six-hour tour.

(This article is published on Junior Standard on 23 February 2017)