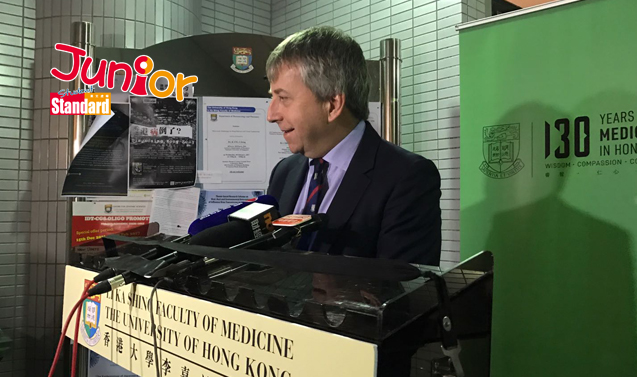 WITH vice-chancellor Peter Mathieson’s early exit, the University of Hong Kong (HKU) will soon start a search for candidates worldwide. Joseph Sung Jao-yiu will also not be renewing his contract with the Chinese University of Hong Kong (CUHK), making two universities in Hong Kong now looking for vice-chancellors. Sung said he would complete his tenure so that the CUHK will have enough time to fi nd a successor. Mathieson’s early resignation, however, leaves HKU with only one year to fi nd someone for the empty position.

But local universities today have become the foci of social and political conflicts. Their heads have to make considerable effort in dealing with political disputes, which is a negative factor in the search for worthy replacements.

A UNIVERSITY has always been a place where various ideologies clash. But local universities recently have become ‘battlefields’ of political conflict, sometimes all too literally. While nothing new, even before Mathieson took office, things turned more severe with the social and political polarisation afterwards.

When he took office in April, 2014, the Occupy Central movement had already been hijacked by radical students with the movement deviating from its original idea, resulting in HKU having its students’ union withdraw from the Hong Kong Federation of Students after a referendum. In the following January, Chief Executive Leung Chun-ying criticised a manifesto advocating Hong Kong independence in The Undergrad, a magazine published by the students’ union. All these happened within a year after Mathieson took office.

At the same time, the contentious issues of whether to appoint HKU law dean Johannes Chan Man-mun as pro-vice chancellor and Arthur Li Kwok-cheung as council chairman arose. There were incidents of students and protestors forcing their way into closed-door meetings, causing disorder that led Mathieson to criticise the action as “mob rule”. While the HKU is at the front of social and political struggles, there are also similar situations in other universities to different degrees. The vice chancellor now has to mediate between the students and faculty, taking up a lot of time and effort that could be instead used for upgrading education and improving administration.

With its unique geographical and cultural environments, Hong Kong originally had good conditions for drawing top scholars as vice chancellors to lead the universities towards higher academic grounds. However, political disputes have made recruiting more difficult. Even if someone suitable is eventually found, the appointee may have to spend a lot of time and effort dealing with such problems, which will affect the proper job of improving the university on the whole.

(Published in the Sing Tao Daily on 3 February)

Movie action in...
THE University of Hong Kong is...

Suspicions over...
DISTRUST within the University...