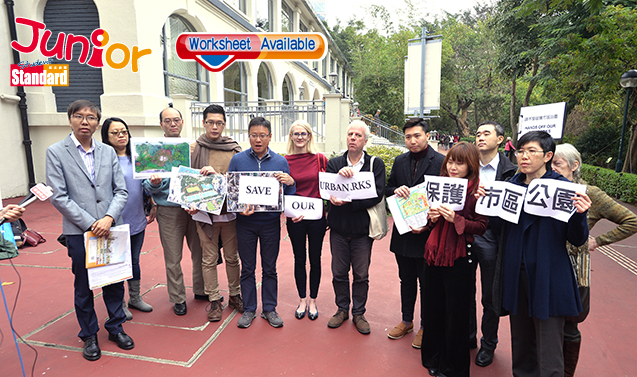 ACTIVIST groups and politicians are petitioning the government to keep its hands off urban parks in the wake of a proposal to build multi-floored underground facilities, saying construction work will lead to years of park closures and less open space.

The Save Our Urban Parks Alliance (保護市區公園大聯盟) said the government proposal will require open-cut excavation under Kowloon Park (九龍公園), Victoria Park (維多利亞公園) and Southorn Playground (修頓球場) and the removal of existing trees and lawns.

Apart from depriving the public of open space as a result of construction, the alliance fears the areas will end up being hijacked by commercial developments.

“It is an infringement of our rights and also it is not worthwhile if the government's intention is to develop commercial space, which is stated as one of their intentions,” alliance convener Katty Law Ngar-ning (羅雅寧) said. “Instead of more malls, what we need is open public space for recreational activities.”

The government suggested that the proposal could enhance the living environment, improve pedestrian connectivity and create space for commercial, recreational and community facilities.

But the alliance argues that the underground space will only add to congestion and population concentration. It will also require substantial above-ground ventilation shafts, emergency access entrances and other structures that will take away even more park space. The alliance urged the public to send petition letters to support its cause.

(This article is published on Junior Standard on 7 February 2017)