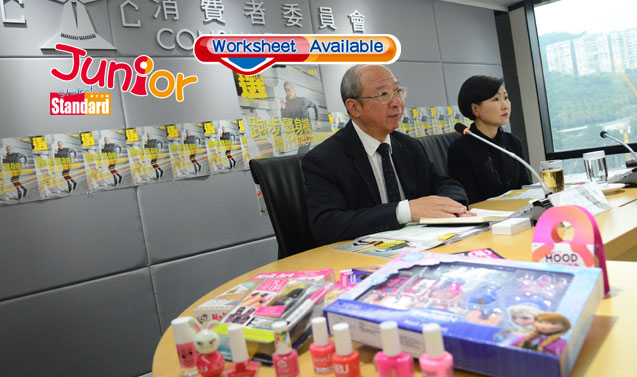 THE Consumer Council (消費者委員會) alerted parents to the dangers of certain nail varnishes, which contain banned carcinogens and allergens, and said their use should stop immediately. The consumer watchdog advised children to remove nail varnish before eating.

Tests found that four out of 22 samples of Style Me Up, NPW Mood Maker and Hinkler Zap! contained the carcinogen benzene and toxin dibutyl phthalate, which are banned in the European Union and the mainland.

Benzene has been associated with cancer, aplastic anaemia and a number of other acute diseases while DBP causes endocrine-disruptive hazards and reproductive toxicity, which can affect the immune and nervous systems.

The tests found two allergy-inducing preservatives – methylisothiazolinone and methylchloroisothiazolinone– in two colour samples of Suncoatgirl, with a concentration that exceeded the EU’s recommended limit of 0.0015 percent.

All these products have been removed from shelves and distributors said they will “probe the issues”.

The suppliers may have violated the Consumer Goods Safety Ordinance (消費品安全條例) and the cases have been passed to the Customs and Excise Department (香港海關) which said it is investigating.

Fresh-looking b...
A SAMPLE of fresh beef has bee...