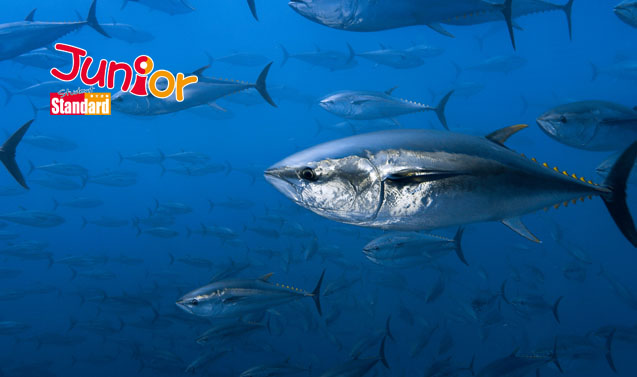 Do you love eating seafood? In fact, Hong Kong people rank second in consuming seafood in Asia and the seventh in the world. On average, we consume more than 70kg of seafood every year, almost four times higher than global average.

MOST of Hong Kong’s seafood is sourced from local waters and imported from the Asia-Pacific region and around the world. However, many kinds of marine life which we eat are in danger of extinction. Globally, about 90 percent of our commercially important fisheries are either fully or over-exploited as production of seafood increased significantly from 1950 to 2012.

BLUEFIN tuna will disappear soon unless urgent action is taken. Living in a city that loves seafood,we should be aware of the environmental cost of our incessant and irresponsible pursuit of fine but rare food. In Hong Kong, WWF launched a Bluefin saver campaign inviting hotels, restaurants individuals to pledge not to serve or consume Bluefin tuna.

THE concept of sustainable seafood was introduced to ensure that future generations will still be able to feed from the sea. Consumer awareness on choosing sustainable seafood has to be raised. A seafood guide has been created to start a new dining trend that makes caring for sustainability the consumers’duty. It covers more than 70 popular seafood species and they are divided into three categories – ‘green-recommended’, ‘yellow-think twice’ and ‘red-avoid’. You can download the Seafood Guide App and choose sustainable items the next time you eat seafood.