The challenge of brownfields 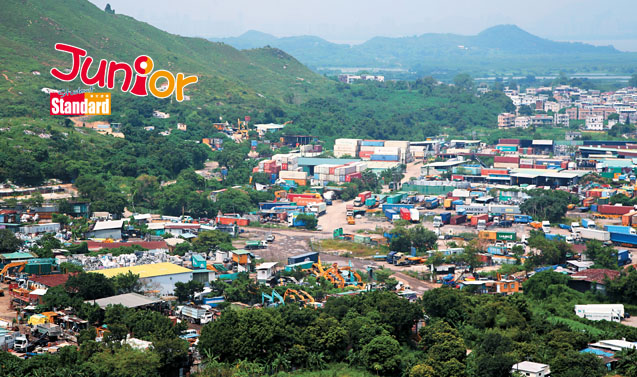 A BROWNFIELD (棕地) site generally refers to previously developed land with the potential to be redeveloped. For example, many are abandoned industrial sites which have been contaminated by heavy metals or waste.

In Hong Kong, brownfield sites are commonly found in the New Territories, taking up around 1,200 hectares of land (equivalent to 1,200 football fields).

How did brownfields come about?

BROWNFIELDS in Hong Kong were mostly agricultural land in the 1960s. Due to economic restructuring, landlords started to lease their farmlands to satisfy a huge influx of goods when Hong Kong developed into an entreport. Many farmlands became open storage and port back-up sites. However, the industrial use of such sites was legally prohibited in 1991. Together with a fall in logistical demands, these sites were abandoned.

In 2012, it was reported that around 40 percent of brownfield sites were being used illegally as car parks, garages and open storage sites. It was even discovered that a large amount of electronic waste was disposed of illegally in Yuen Long, causing soil contamination. The pollution brought environmental damage to the nearby areas.

What is stopping redevelopment?

DESPITE the need for more land in Hong Kong, brownfi elds have seldom come under the limelight. One of the major reasons is the huge cost that would be incurred to develop brownfields. Since the quality of soil is usually damaged, land developers bear the liability to improve its environment. As a result, they opt for developing greenfields (previously undeveloped areas) first.

Another problem is fragmented land ownership. Many plots in the New Territories are privately owned and the government faces great barriers in proposing to use brownfields as public housing areas as it brings little profi t. The incident of the Wang Chau public housing development plan, where 4,000 public housing units were cut due to the exclusion of brownfi eld sites, was suspected to be the result of interference by private landlords in the area.

With land supply becoming scarce, it is necessary for the government to review the use of brownfield sites.

Cinema revamp a...
A LEADING conglomerate has app...

CE lays down ne...
FROM building a bigger artific...