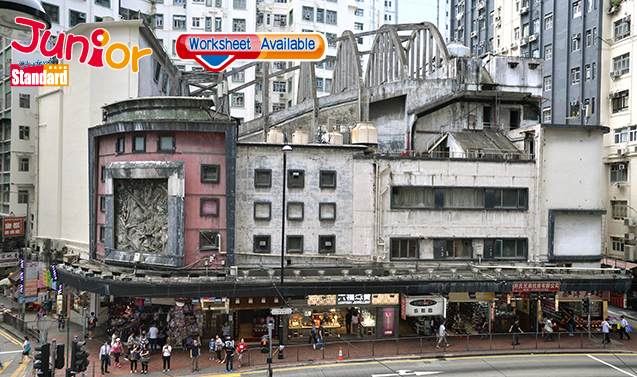 THE Antiquities Advisory Board (古物諮詢委員會) has recommended better protection against demolition or alteration for the 64-year-old former State Theatre (皇都戲院) in North Point.

In a surprise move, the board voted to upgrade the rating of the building from a Grade III historic building to Grade I.
This means that the building is now considered to have “outstanding merit” instead of “some merit” and that “every effort should be made to preserve it.”

Board members said many people praised the building for its historic value. The public has a month to consider the suggested grading.

Located at 279-291 King’s Road (英皇道) and built in 1952 as the Empire Theatre (璇宮戲院), the complex is unique for its curved exterior facade and parabolic arches under its roof. It was converted into a mall and about 200 fl ats after what had become the State Theatre closed in 1997 following memorable performances and screenings.

“When I visited the building recently I found its structure was well preserved,” said board member and surveyor Peter Wong Bay (黃比).

The theatre was an entertainment landmark before City Hall was built in 1962, said Joseph Ting Sun-pao (丁新豹), a former chief curator of the Museum of History.

Paul Chan Chi-yuen (陳智遠) of heritage group Walk in Hong Kong (活現香港), which campaigned for the rating, welcomed the decision.

(This article is published on Junior Standard on 15 December 2016)