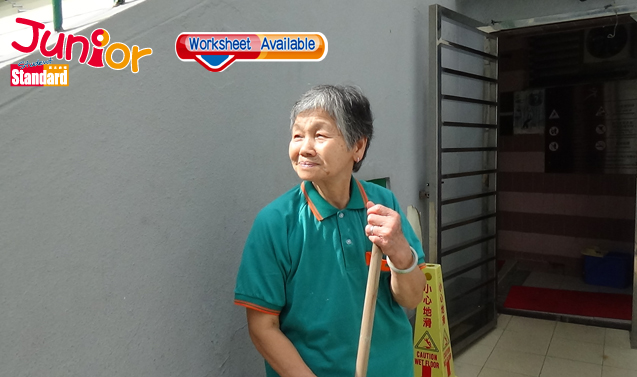 THERE was outrage against environmental hygiene of.cers after a 71-year-old street cleaner was fined HK$1,500 for littering.

The woman, who earns HK$8,000 a month, works for a contractor that provides services for the Leisure and Cultural Services Department (LCSD, 康文署). She was penalised for pouring dirty water down a drain as she was cleaning the streets.

A video clip of her devastated reaction to getting the fixed-penalty ticket went viral. Some netizens criticised the Food and Environmental Hygiene Department (食環署) for being merciless, saying its officers should exercise discretion.

Others said the officers picked on the elderly and the weak while steering clear of young, strong and mean-looking offenders. A district councillor said many eateries poured dirty water on the street but the department did not take action.

Former Labour Party (工黨) lawmaker Lee Cheuk-yan (李卓人) said it was absurd to penalise the elderly woman. He said workers need to be told what they are supposed to do with waste water.

“There is no directive at all of what to do. So it is very unfair to blame them,” he said on a radio talk show.

The woman later said the company that employed her would pay the .ne, and told her not to worry.

Dumping waste on the streets is an offence under the Public Cleansing and Prevention of Nuisance Regulation.

(This article is published on Junior Standard on 31 October 2016)