HK is 19th for elderly care 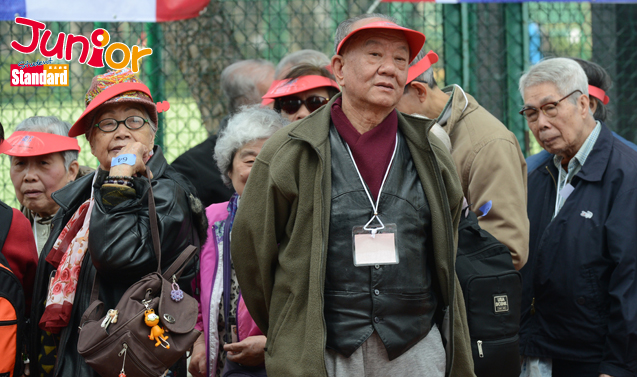 HONG Kong ranks 19th out of nearly 100 countries and regions in the way it cares for its elderly.

The CUHK Institute of Ageing (香港中文大學賽馬會老年學研究所) made the ranking based on the standards of the 2015 Global AgeWatch
Index, an international well-being index. Hong Kong is absent in that survey because it is not a sovereign state.

The index comprises 13 indicators in areas including income security, physical and psychological well-being, and employment and
education, and social connection.

Professor Wong Hung of the institute said the pension indicator improved from last year as “.nancial security for the elderly
becomes more comprehensive”.

However, the SAR lacks a universal pension scheme. As for psychological well-being, Wong attributed the poor grade to the city’s low
retirement age. Many elderly people want a job but employers are reluctant to hire them.

“The elderly tend to think a paid job makes them feel more useful to society and is more meaningful than volunteering,” Wong said.
He added that although there is no legal retirement age, those over 70 cannot get labour insurance.

The institute said the government should raise the retirement age of Hong Kong civil servants.

(This article is published on Junior Standard on 12 October 2016)