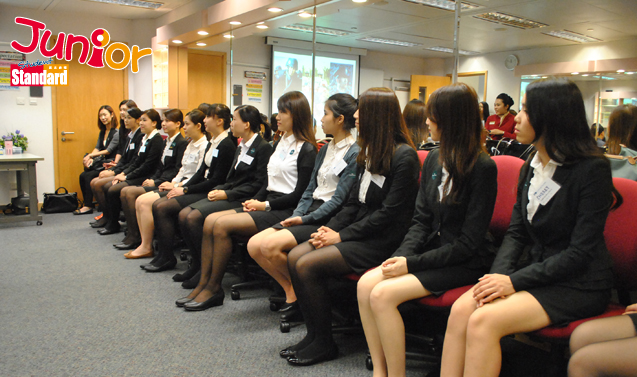 PARENTS often tell their children to ‘sit still’ – or ‘not to fidget.’ Fidgeting – making small movements, especially of the hands and feet –
is considered a sign of nervousness or impatience.

But a new study found fidgeting is actually good for health. The study by researchers at the University of Missouri (密蘇里大學) in the US found that mild toe-tapping while seated can dramatically cut the risk of cardiovascular disease.

That is good news for a society that seems to be spending a lot of time in seated positions. Some of us even sit for more than 10 hours a day.

The researchers wanted to find out whether a small amount of leg fidgeting could prevent a decline in leg vascular function caused by prolonged sitting.

They asked 11 healthy young male and female college students to sit at a desk for three hours at a time without getting up.

During that period, the students tapped one foot for one minute then rested it for four, and kept the other leg still, letting the foot rest flat on the floor. After three hours of sitting, the fidgeting leg had a much higher blood flow than the other.

The researchers were surprised that even such small movements were enough to help stimulate vascular health and prevent a decline in arterial function.

They recommended tapping both legs while seated to boost blood flow. Better still, people should get up and walk around from time to time.

(This article is published on Junior Standard on 3 October 2016)

The science of why we fidget while we work
https://goo.gl/C9tVda

How to manage your fidgeting
https://goo.gl/h091YW