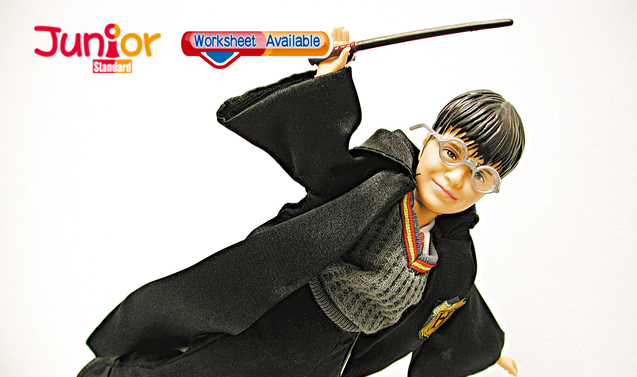 FANS now have a chance to live in the childhood home of Harry Potter (哈利波特). But to fulfil that dream they must have HK$4.8m.

That is the asking price for the fictional wizard’s home at 4 Privet Drive. In the story, that was where Harry's
dastardly aunt and uncle, the Dursleys, lived.

The couple grudgingly took Harry in after his parents were murdered and made him sleep in a cupboard under the stairs.

In the real world the address is 12 Picket Post Close in Bracknell, 50 kilometres west of London. It was a location featured in Harry Potter and the Philosopher’s Stone (哈利波特與神秘的魔法石), the fi rst film in the series. A studio set of the house was built for later instalments of the eight-fi lm series.

The three-bedroom house has undergone complete renovation to an extremely high standard, according to the property agent. It comes with a spacious garden. The property is conveniently located, just a short walk from Martins Heron railway station. The current owners bought the house in 2010 for the equivalent of HK$2.9m.

The listing description stated: “Situated in a quiet cul-de-sac location, this detached property has recently
undergone complete renovation to an extremely high standard.”

There is also a play, Harry Potter and the Cursed Child, which premiered in London on 30 July 2016. Its script is considered the eighth book in the series.

The books have sold more than 400 million copies worldwide in different languages. The Harry Potter brand is said to worth more than US$15 billion (HK$117 billion).

(This article is published on Junior Standard on 23 September 2016)