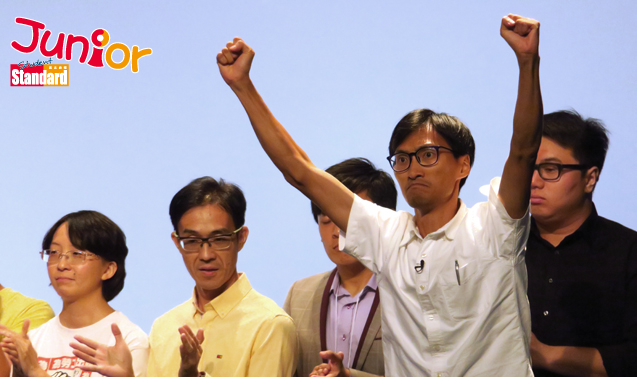 LAWMAKER-ELECT Eddie Chu Hoi-dick (朱凱廸) says he has received “imminent and credible death threats” from “local sources” against him and his family, forcing them out of their Yuen Long (元朗) home since the Legislative Council elections on 4 September.

Police offered protection to Chu, an environmental activist dubbed “king of votes” after more than 84,000 people voted for him in New Territories West (新界西). He and his supporters went to the Hong Kong Police Headquarters (香港警察總部) in Wan Chai (灣仔) on 8 September to report an escalating level of threat.

Chu said he “needed to think overnight” before deciding whether or not to accept close protection.

His lawyer Michael Vidler (韋智達) said: “These threats have dramatically escalated and now constitute what we consider to be credible death threats against [Chu] and his family.”

Chu added: “This is now a very serious problem.”

A spokesman for the Security Bureau (保安局) said Secretary for Security Lai Tung-kwok (黎棟國) expressed concern and attached great importance to the case.

Police will take suitable measures to ensure the safety of the legislator-elect and his family, the spokesman said, adding: “The government will not tolerate any illegal acts that pose threats against personal safety.” Police said the case has been classified as “request for police investigation” and the regional crime unit of New Territories North (新界北) is investigating.

“Police will actively conduct an investigation as well as analyse and assess the information provided by the informant,” a police spokesman said. “To ensure the safety of the persons concerned, police will provide appropriate assistance and arrangements according to their needs.”