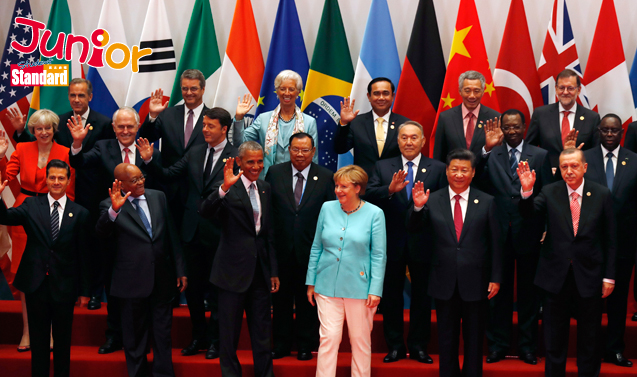 CHINA agreed to cooperate more closely with its trading partners on its politically volatile steel exports as leaders of major economies ended a summit with a forceful endorsement of free trade and a crowded agenda that included the Koreas (南北韓), Syria (敘利亞) and refugees.

In a joint statement on 5 September, President Xi Jinping (習近平), US President Barack Obama (奧巴馬) and the leaders of Britain (英國), Japan (日本), Russia (俄羅斯) and other Group of 20 (20國集團) nations pledged to boost sluggish global growth by promoting innovation.

“The global recovery lacks momentum,” Xi told reporters at the end of the meeting hosted by China in the eastern city of Hangzhou. “We need to do more to unlock the potential for medium and long-term growth.”

There was no mention of a global stimulus package or other joint action. Officials had earlier said such an initiative was unworkable because economic conditions varied widely from country to country.

In an effort to shore up public support for trade, the leaders promised “inclusive growth” to spread the benefits to people who have been left behind by wrenching change. That reflects a recognition that economic strains are fuelling political tensions and a growing clamour to raise barriers against foreign competition.

The statement expressed opposition to protectionism on trade and investment in all its forms. The governments pledged to avoid devaluing their currencies to boost exports. They called for cooperation to reduce tax avoidance. They appealed for stepped-up aid for surging numbers of refugees and their host countries. Chinese leaders hoped the two-day meeting would increase their influence in managing the global economy.

They want the G20 to take on a longer-term role promoting trade and economic growth. The joint statement reflected that ambition by calling it the premier forum for economic cooperation.

G20 promises to coordinate on economy, but little in way of concrete steps
http://goo.gl/MNp6gu