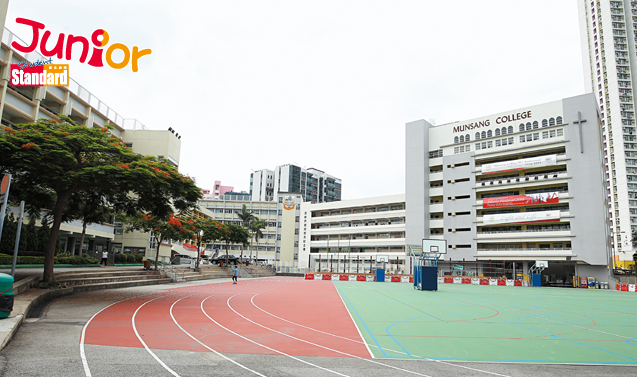 STUDENTS from at least four secondary schools were greeted by leaflets and stickers promoting Hong Kong independence on the first day back after the holiday.

One of the four schools took action against the distribution, while at a fifth a student leaflet plan was prevented before it started.

Schools adopted different approaches in the face of the document push.

The leaflets urged students to “sacrifice for Hong Kong with a possible use of force” while proposing independence as a way forward for the city after 2047 when the “one-country, two systems” period ends.

A student involved in the distribution at Munsang College in Kowloon City (九龍城) was taken away by staff, the school’s localism concern group said.

Munsang College assistant principal Louis Lui Hang-sum (呂恒森) confirmed to The Standard that there had been an incident, saying the student was asked to stop distributing on campus stickers with “Hong Kong Nation” wording.

A meeting was held involving the student, the school and the student union. Lui said the school did not accept the distribution on campus of “politically biased” material.

About 200 leaflets, meanwhile, were distributed at Ying Wa College.