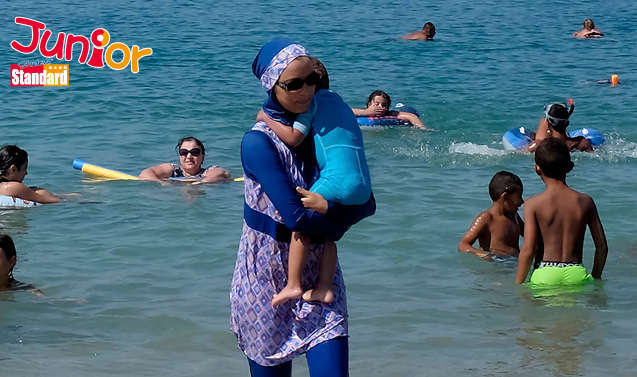 THE United Nations (UN, 聯合國) human rights office has called on French beach resorts to lift their ban on the burkini, calling it a “stupid reaction” that did not improve security but fuelled religious intolerance.

On 26 August, France’s (法國) highest administrative court suspended one seaside town’s ban on the full-body swimsuit sometimes worn by Muslim (穆斯林) women on the grounds that it violated fundamental liberties.

UN High Commissioner for Human Rights (聯合國人權事務高級專員) Zeid Ra’ad Al Hussein (扎伊德·拉阿德·侯賽因) welcomed the decision by the Conseil d’Etat (法國最高行政法院) against the Mediterranean (地中海) resort of Villeneuve-Loubet (盧貝新城). A dozen other towns also have such bans.

UNHCR spokesman Rupert Colville (柯維爾) said: “We call on the authorities in all the other French seaside towns and resorts that have adopted similar bans to take note of the Conseil d’Etat’s ruling that the ban constitutes a grave and illegal breach of fundamental freedoms.

“We urge all remaining local authorities which have adopted similar bans to repeal them immediately.”

The “highly discriminatory” bans should be repealed before the summer holiday season ends, Colville said.

Bans have been defended on the grounds that burkinis violate French principles of secularism.

They come after mass killings by Islamist (伊斯蘭) militants in France over the past 20 months. Colville said the UN rights office understood the grief and anger generated by the attacks.

Such decrees “fuel religious intolerance and the stigmatisation of Muslims in France, especially women”, he said.