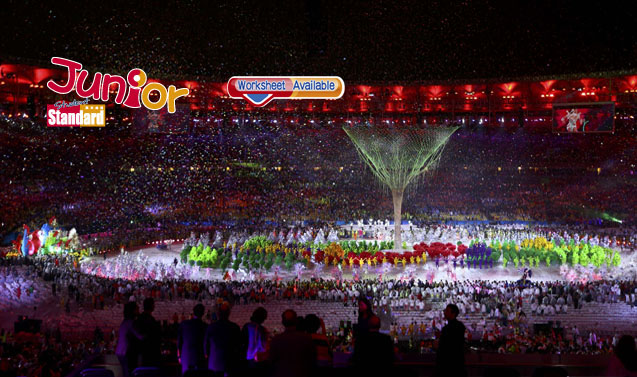 AFTER more than two weeks of exciting contests, the 2016 Olympics in the Brazilian city of Rio de Janeiro (里約熱內盧) closed on 21 August.

In a colourful ceremony that resembled a carnival, Olympians poured into the Maracana Stadium under light rain, waving their national fl ags. Many shook their bodies to samba-infused pop.

The Rio Games were the first summer Olympics held in South America. There were memorable
moments, both for Brazilian competitors on their home ground and athletes from around the world.

But there were also ugly and bizarre episodes which sometimes overshadowed the Games.

Four American swimmers made up a story about a robbery that was actually a drunken vandalism of a petrol station toilet. And some diving pools turned green because of algae growth.

(This article is published on Junior Standard on 1 September 2016)