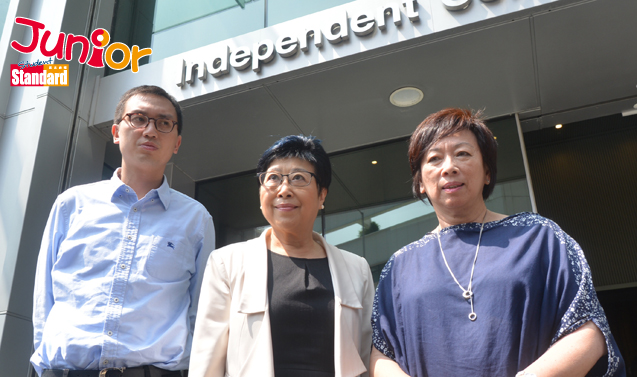 Chow said on 25 August that he withdrew from the Legco race so his family can avoid suffering “higher-level troubles”.

The day after his announcement, the Liberal Party, the New People’s Party (新民黨) and the Labour Party (工黨) reported the case to the ICAC, which said it would start an investigation.

Chiu Yan-loy (趙恩來), No 2 on the Labour Party’s list in New Territories West, said he received a phone call from an ICAC investigator who told him that the watchdog would investigate the case under Article 8 of the Elections (Corrupt and Illegal Conduct) Ordinance (選舉(舞弊及非法行為)條例), which tackles threats against candidates or prospective candidates.

“It’s better than nothing, and the only possible [solution], as the ICAC is the only institution that can tackle misbehaviour in elections,” Chiu said.

The Liberal Party said it had received the same message from the ICAC, and it urged the watchdog to ascertain the truth as quickly as possible.

Threats to candidates that force them to abandon their campaigns should never be permitted, it added.

The party’s chairwoman, Selina Chow Liang Shuk-yee (周梁淑怡), told Commercial Radio (商業電台) that the incident clearly involved election laws and the ICAC and the Electoral Affairs Commission (選舉管理委員會) should not turn a blind eye to it.