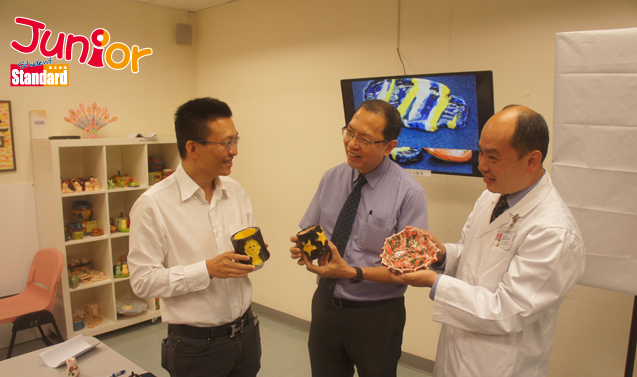 ONE in every four psychiatric patients admitted to hospital has a record of drug abuse, according to psychiatrists.

“About two to three years ago, the drugs the patients used were of a wider variety, including ketamine and marijuana,” said Dicky Chung Wai-sau (鍾維壽), chief of service in the psychiatry department.

Chung said the substance causes serious psychiatric symptoms, including hallucinations and delusions of persecution, and increases the risk of psychosis.

Chan Fu (陳虎), associate consultant in psychiatry, said two years ago he treated a young patient who had drug problems and the side effects that came with it.

The patient, about 18 or 19, had been relying on methamphetamine for about two years, and his condition was so bad that even the rehabilitation centre where he lived could not handle him.

“He had very serious visual and auditory hallucinations as well as delusions, believing that people would harm him,” Chan said. “His cognitive ability was also impaired. He could not even recall his home address and telephone number.”

The patient had to be admitted to Tai Po Hospital and was later returned to the rehab centre where he stayed for another year.

Chan said the patient has shown improvement and is now 80 to 90 percent recovered.

But the psychiatrist noted not every patient can make the same progress, as every person reacts differently to the drug.

Meth and the city: Exploring the surge in methamphetamine abuse in Hong Kong
http://goo.gl/W8JJnw