Law laid down for teachers 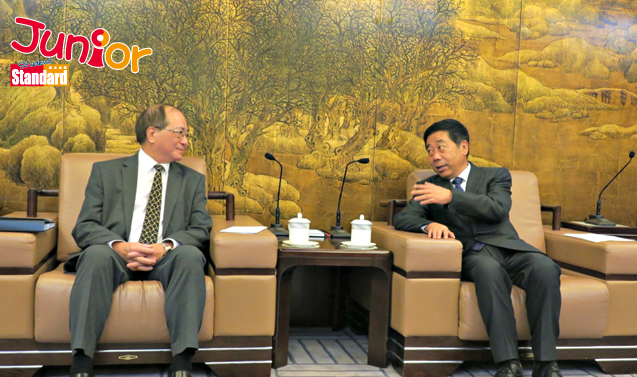 SECRETARY for Education (教育局局長) Eddie Ng Hak-kim (吳克儉) has said teachers are allowed to discuss Hong Kong independence with students as long as these discussions are held within the scope of the Basic Law (基本法).

Speaking after meeting Education Minister Chen Baosheng (陳寶生) in Beijing (北京), Ng said they agreed that there was a need to block the emergence of separatist ideas in Hong Kong schools and that teachers should refrain from advocating independence.

“Advocacy and activity of independence should not be permitted on campus for it would destroy the tranquillity of the campus and the daily learning of students. We have talked about this stance with the ministry, and the ministry agrees with and supports our stance,” Ng said.

“Under the guidance of teachers, students may discuss whatever topics [they wish], and we should believe in the professionalism of school principals and teachers. The major premise of the discussion is that it must be within the stance of the Basic Law.”

The education secretary would neither confirm nor deny news reports that Chief Executive (行政長官) Leung Chun-ying (梁振英) was present at a meeting earlier between Ng and council representatives of the eight institutions funded by the public through the University Grants Committee (大學教育資助委員會).

Leung was said to have told the representatives to improvise and tutor students advocating independence.

The Professional Teachers’ Union (香港教育專業人員協會) acknowledged that Ng’s approval of teachers discussing independence with students was some progress, but accused him of being vague when he said the discussions should be under the framework of the Basic Law.