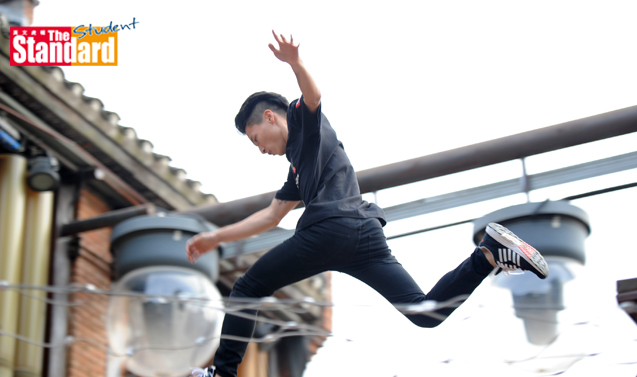 THREE young expatriates hoping to have the time of their lives jumping over Hong Kong’s rooftops instead found themselves in the long arms of the law.

The young men were drawn to the city which has become irresistible to followers of Parkour (飛躍道), a game that developed from a military training exercise.

However, the three - a 16-year-old Australian, a 19-year-old German and a 20-year-old Dane - were mistaken for burglars at a construction site at 18 Salisbury Road (梳士巴利道), Tsim Sha Tsui (尖沙咀), and police were called in about 3am on 24 July.

The Australian has a Hong Kong identity card while the others came to Hong Kong with passports. They had with them a drone which they said was to film their action.

Believing that there was no criminal offence involved, police released the trio after noting their personal information and giving them a warning.

The building at the construction site is about 60 floors high. It is expected to be a multi-purpose complex housing a hotel, shopping mall and offices.

Parkour became popular in Hong Kong after it was featured in a local movie The Way We Dance (狂舞派) released three years ago.

“There are four elements to the sport - running, jumping, climbing and balancing. Facilities or obstacles in the parks are more than enough for us,” Lo said.