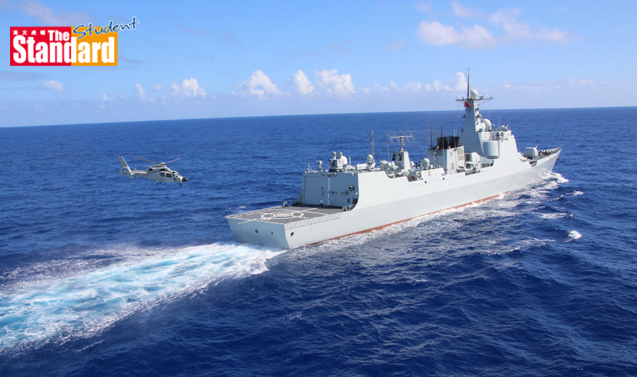 CHINA says it will leverage its economy to boost defence capabilities, acknowledging shortcomings with long-held aims to inject more market forces into the development of its military.

Officials have said the country needs to put more emphasis on developing its military-industrial complex to ensure powerful armed forces.

China must use the market to optimise military resource allocation and actively direct economic and social sector investment, the State Council (國務院) said in a directive issued by state media.

“Work to resolve and restrict systemic obstacles, structural contradictions and policy problems in the fused development of economic and national defence construction,” it said, adding that China would push mixed-ownership reform pilot programmes.

China must deepen civil-military fusion, it added, pointing to problems with “a lag in thinking and shortcomings to top-level plans” and unified administrative efforts.

Beijing’s defence budget of 954.35 billion yuan (HK$1.1 trillion) announced in March is just a quarter of the US defence budget of US$573 billion (HK$4.46 trillion) for 2016, but comes at a time of rising concern over China’s intentions in territorial disputes.

China’s military plans have shaken nerves around Asia and alarmed Washington, though Beijing says it has no hostile intent and has a genuine need to upgrade outmoded forces to ensure the security of the world’s second-largest economy.

Despite efforts to rapidly upgrade military hardware, China faces a major challenge in integrating complex and disparate systems across its command structure.

Xi has vowed to cut troop numbers, battled entrenched corruption in the ranks, and pushed plans for a joint operational command structure by 2020.