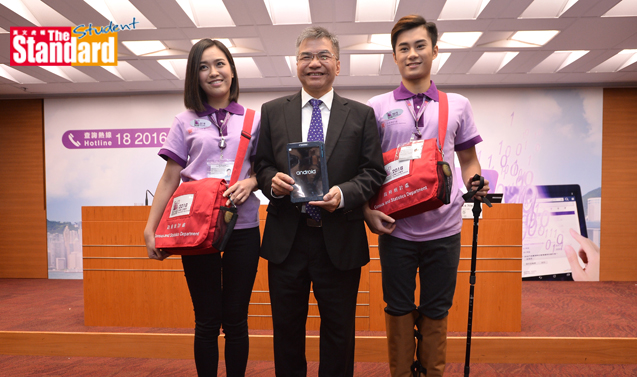 THE population by-census is going green. The 2016 version will be fully digitalised for the first time, using e-questionnaires, mobile apps and tablets when 300,000 households are quizzed from 30 July to 2 August.

The HK$260m effort by the Census and Statistics Department (政府統計處) also sees another HK$8.8m being spent on new computers.

Although that is an increase over the HK$150m price tag on the 2006 census, Commissioner for Census and Statistics (政府統計處處長) Leslie Tang Wai-kong (鄧偉江) said: “With the introduction of the e-questionnaire, individual household members can use desktop computers, mobile tablets or smartphones to complete and submit the e-questionnaire anytime and anywhere to suit their schedules. It is convenient and environmentally friendly.”

About 10 percent of residential addresses in Hong Kong have been randomly selected to take part. Households can choose the e-questionnaire option or personal interviews by census officers.

Tang said statistics are useful to the government for major planning such as building roads, hospitals and schools.

The e-questionnaire will cover 45 data topics, including new ones - housing conditions, work hours and language abilities. The department has hired 5,900 tertiary students and 500 school teachers to collect data. The census officers, who will work in pairs, will use mobile tablets to collect the information.

All information stored in tablets will be erased after the system transmits the data in an encrypted format to the data centre, further strengthening security of the people. In addition, tablets will also allow immediate computer validation to answers, reducing the need for census officers to contact households again.

Senior statistician Rebecca Siu Wai- fun (蕭惠芬) said data collected would be confidential and would not be shared with other departments.