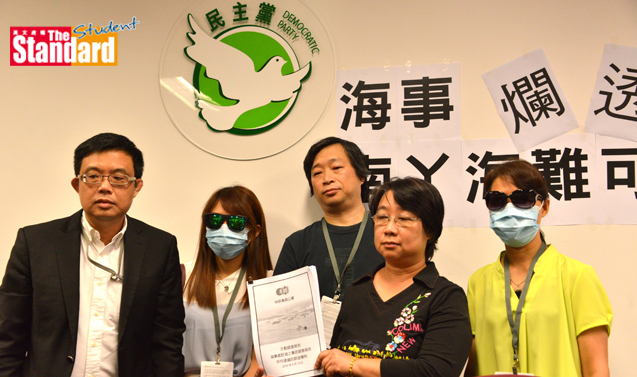 FAMILIES of those killed or injured in the 2012 Lamma (南丫島) ferry disaster have demanded that the government relaunch its investigation into the tragedy and punish officers found responsible.

They made the call after the ombudsman’s (申訴專員) investigation report on 14 June revealed that the Marine Department (海事處) had failed to improve vessel safety despite recommendations for inspection arising from previous marine incidents.

“I feel shocked [about the report] because [it shows] the Lamma incident wasn’t misfortune. It could have been avoided,” said Mrs Ku, speaking to the media with three other relatives of those killed in the tragedy when two ferries collided.

The ombudsman said previous government reports had shown the tragedy that claimed 39 lives was a result of the absence of a watertight door in one of the crashed vessels.

Subsequent media reports after government investigations revealed that back in 2000, a government vessel under maintenance at a dockyard sank after water entered its hull as watertight bulkheads were not intact.

The Ombudsman said while the relevant incident report had recommended the department examine the watertight bulkheads of all vessels of the same type, the occurrence of the Lamma tragedy cast doubt on whether it had fully implemented the recommendations.

“When the vessel sank in 2000, it already gave us a warning sign - to pay attention to the watertight door,” said Mr Au, whose daughter was killed.

Ku added: “I don't understand why the Marine Department never followed up on the incident all these years since 2000. Why didn’t they enforce the law at that time? Why was no one held accountable?”

She also criticised the government for not responding to the ombudsman’s report, saying no other government would be so afraid to come forward after so many people had died.