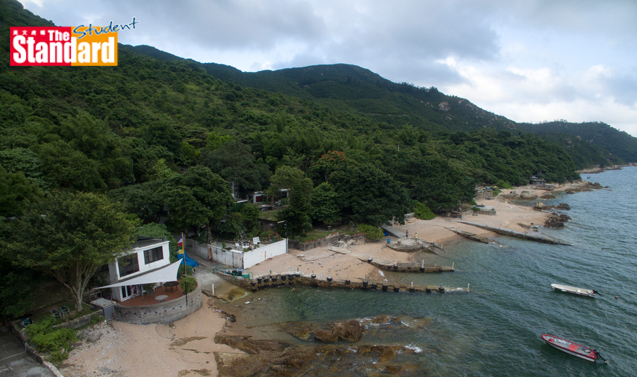 Its order for the squat owners to stop occupying government land expired on 13 June, but removing the illegal structures has been slow.

Workers took away flower pots and other plants in Mak’s garden, replacing them with government notices outlining unlawful occupation, dumping and excavation.

Objects in the garden of Wong How-man (黄效文), president of the China Exploration and Research Society (中國探險學會), were also relocated. A tree house was demolished.

Similar clearance work was also carried out at the garden of businessman Chan Boon-kiew (曾文進).

The Lands Department inspected Tung Ah Pui village earlier this month and found that government land was being used illegally as gardens and for storage.

The government ordered those illegally occupying the land in the village to relocate by 15 June.

The government surveyed squatter areas in Hong Kong in 1976 and 1982, recording the area, height, material and information of residents.

“Squats are illegal constructions occupying government land; documents show that squats were only temporary buildings. The government tolerated such illegal constructions, but they can’t be expanded, and only necessary and suitable maintenance are allowed,” said Vincent Ho Kui-yip (何鉅業), the immediate past president of the Hong Kong Institute of Surveyors (香港測量師學會).