Flats still too dear for many 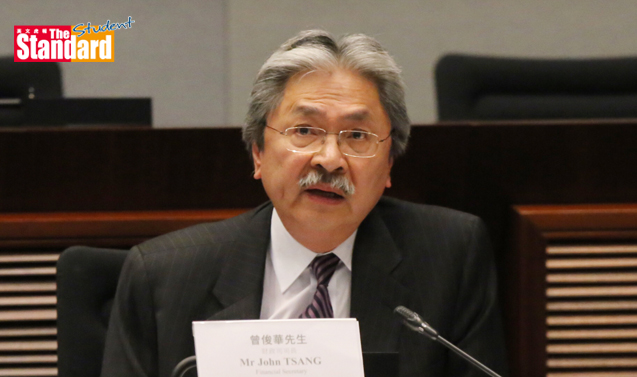 FINANCIAL Secretary John Tsang Chun-wah (曾俊華) has told lawmakers that there are signs the Hong Kong economy is stabilising with the decline in retail sales and tourist arrivals narrowing.

On the housing market, Tsang said buying a home continues to be unaffordable for most locals, despite a 5 percent price slide in the first quarter.

The current price level is still 58 percent higher than in 1997.

Speaking on 6 June, Tsang said he predicted at the start of the year that the SAR would face many challenges, so a mere 0.8 percent growth in the first quarter came as no surprise.

He pointed out that the current budget included HK$38.8 billion worth of support measures to help companies and boost consumption. He expected the sweeteners to foster 1.1 percent GDP growth this year.

The government had forecast in May that the economy would grow by 1 to 2 percent. The financial secretary said officials will decide if there is a need to revise the prediction and make the necessary update in its half-yearly economic report to be issued in August.

Tsang maintained the 2 percent inflation forecast for the year, as global and local inflationary pressures have eased. But he was cautious about the impact on the local economy brought about by the instability of the global economy.

He said the government will continue to monitor the situation to maintain stability in the local employment and financial system.

On the possibility of the US Federal Reserve (美國聯邦儲備局) raising interest rates, Tsang said the Fed will decide whether to raise its benchmark federal funds rate after Britain (英國) votes on 23 June on staying in or leaving the European Union (歐洲聯盟).

New university...
EVERY student will be presente...