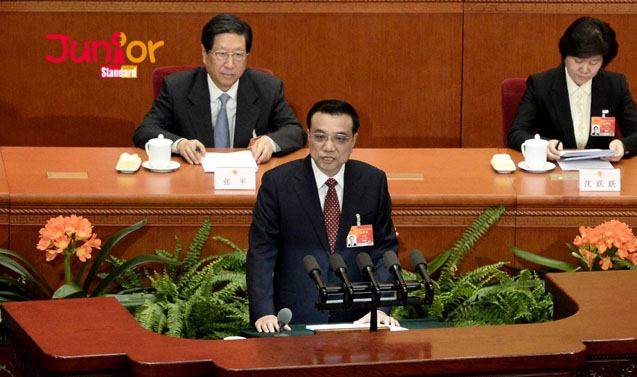 That ups the stakes for the SAR (特區) in the wake of the Occupy Movement (佔領運動), experts say.

Li was delivering a 90-minute, 78-page government work report at the opening of the annual National People’s Congress (全國人大) in Beijing (北京). It was the first time the national constitution in relation to Hong Kong has been mentioned in the work report.

“The central government will steadfastly implement the principles of one country, two systems, Hong Kong people governing Hong Kong and Macau (澳門) people governing Macau and both regions having a high degree of autonomy,” Li said.