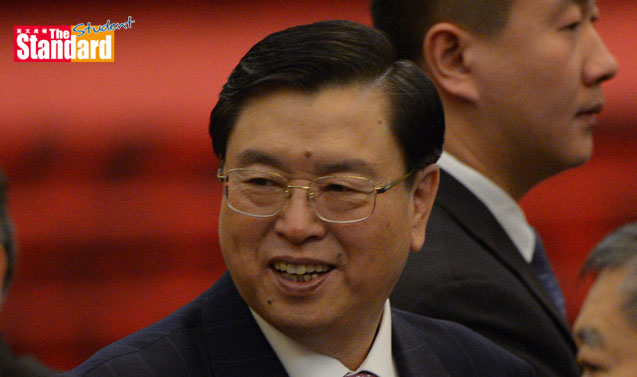 BEIJING (北京) officials have called on Hongkongers to protect the dignity of tourists after incidents and protests targeting mainlanders.

He said Hong Kong should be on guard against people who intend to splinter relations between the SAR and the mainland and that Hongkongers should keep a more positive attitude, according to sources.

In the past month, rallies have been held in Tuen Mun (屯門), Sha Tin (沙田) and Yuen Long (元朗) that targeted mainland visitors who engage in parallel trading.

Chief Executive (行政長官) Leung Chun-ying (梁振英) has said he will raise concerns about mainland tourists with the central government while he is in Beijing for the NPC’s annual session.

Zhang said in the closed-door meeting that conflicts had arisen between the two groups and, while this had raised concerns, the problems should not be magnified and over-exaggerated.

CPPCC Standing Committee member Chan Wing-kee (陳永棋 ) said after the meeting that Zhang said Hongkongers should be aware of those who aimed to damage relations between the mainland and the region.

“He called on the CPPCC deputies to release positive energy and foster unity and harmony between Hong Kong and mainland people,” Chan said. “In recent years, because of the frequent exchanges and cooperation between Hong Kong and the mainland, conflicts had arisen. I think he means the individual travel scheme and parallel trading.”

“I hope that misunderstandings and disagreements can be resolved, and that we can walk forward together,” she said.

“Hong Kong has a responsibility to protect all visitors, including the security and dignity of mainland tourists.”