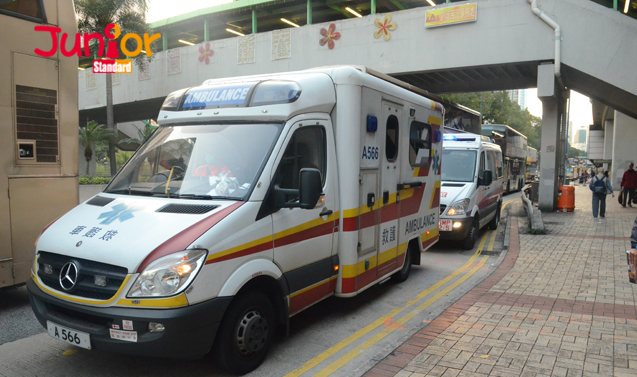 AMBULANCEMEN in some districts have been asked to submit a written report if they were caught speeding or running a red light. The report is required even if they are rushing to an emergency situation.

Ambulances are supposed to be exempt from speed limits under the Road Traffic Ordinance. Following the rules strictly could slow them down as they respond to life-and-death situations.

Union executive director Wat Kit-on (總幹事屈 奇安) said, “Normally, we would only need to write the reports if there are traffic accidents.”

The reporting requirement will put more pressure on frontline staff, he said. Drivers would stay within speed limits to avoid being caught and then face extra administration work. This could delay ambulances responding to emergency calls.

The department could apply for an exemption regarding the ordinance only if an ambulance exceeding speed limits or violating traffic light controls could be shown to be on emergency duties, a department spokesman said.

And “before submitting such an application the department is responsible for verifying that an ambulance is on emergency duties”.

(This article is published on Junior Standard on 28 April 2016)

‘Anyone’ masc...
THE blue character launched by...