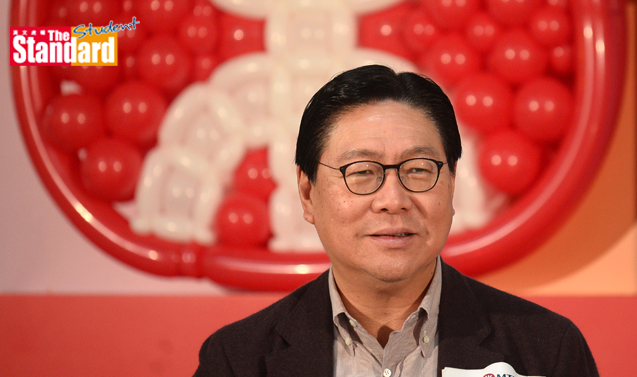 Speaking on the TVB show On The Record (講清講楚) on Sunday, Ma said a fare adjustment mechanism review to be completed next year would not necessarily mean that a hefty fare cut is in the pipeline.

He said due to a decline in profits, it is possible that discounts for train travel may be reduced, but the board has not made a final decision.

Details will be announced next month. MTR fares are due to rise 2.7 percent in June, despite a HK$13 billion profit.

Fares were hiked 4.3 percent last year when the company made a HK$15.6 billion profit. When asked whether the MTRC will consider not implementing the fare hike in June, Ma said the mechanism has to be followed.

He said the passenger discount package may “shrink” as the “sharing amount” will decrease from HK$200m last year to HK$176m this year under the profit-sharing mechanism.

“The possibility exists, but the board of directors has not decided yet,” Ma said.

“The discount may not necessarily ‘shrink’.”

He noted there are concession fares for the elderly and 500,000 students.

“We understand the transport fee is a livelihood issue. I called for the government to help because MTRC as a public transport operator may not satisfy all members of the public.”

Ma reiterated that approval from the 200,000 minority shareholders has to be sought if profit is involved in the change of the fare adjustment formula. He said the corporation is consulting academics and hopes to have results by the end of this year.