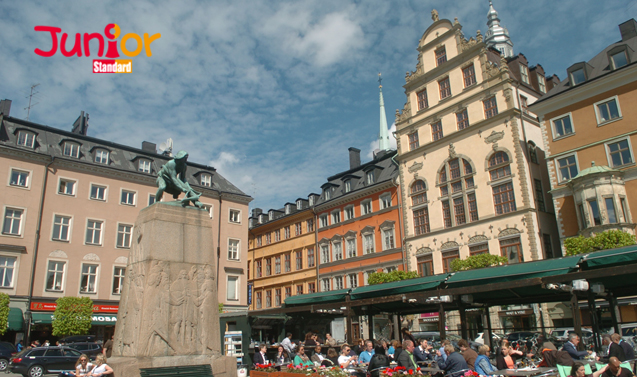 SWEDEN has come up with a new idea to boost tourism.

It is asking people in other countries to call its citizens via a new hotline.

They have also set up a new website for the scheme. The number to call is displayed prominently on its home page. The website advertised Sweden as “the first country in the world with its own phone number”. It invites visitors to “get connected to a random Swede and talk about anything”.

But callers do not exactly speak to a ‘random’ person in the country. Swedes who take the calls have volunteered as ‘ambassadors’ by downloading an app. But they are not vetted or given any instructions about what to say.

The hotline was set up by the Swedish Tourist Association in early April.

The association said, “We want to show a unique and genuine Sweden – a country worth visiting, with the right to roam, sustainable tourism and a rich cultural heritage.”

The idea is “to spark people’s curiosity about Sweden — our culture, nature and mindset. To help us do this, we have the people of Sweden.”

The calls are not monitored but they are recorded to avoid abuse.

Close to 10,000 calls were made to the Swedish Number within two days of its launch. The association said the feedback received so far on the hotline was almost all positive.

(This article is published on Junior Standard on 13 April 2016)